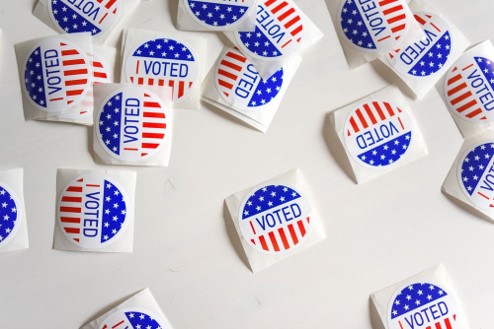 “Biden’s quest to be the first Democratic presidential candidate to carry South Carolina since Jimmy Carter in 1976 is an uphill battle. Although Biden is leading among independent voters by 10 points, and doing as well holding Democrats as Trump is doing holding Republicans, Trump has a solid eight-point lead in South Carolina, a state that supported Trump by 14 points in 2016 and has significantly more Republicans than Democrats,” said Don Levy, Director of the Siena College Research Institute.

“Although voters are split on whether they think they’re getting accurate information about the President’s health from the Administration, and a majority believe that he caught COVID-19 because he didn’t take adequate precautions, they view Trump favorably by 10 points, while Biden is underwater by six points,” Levy said. “While Trump is not doing as well as the past several Republican candidates, himself included, he has a solid lead heading into the closing weeks.”

“With all of that, Graham enters the final three weeks with a six-point lead,” Levy said. “Graham’s role as Judiciary Committee chairman in Washington appears to be a benefit back home since by a 52-30 percent margin, voters support the nomination of Amy Coney Barrett to the Supreme Court. And by a similar 54-33 percent margin, they say that the Senate should vote on the nomination before the election.

“Nineteen days is a long time in the modern campaign world and Harrison has a decided edge in money. That said, the Republican enrollment advantage that South Carolina gives to GOP candidates may be too steep a hill to climb. Only time will tell and this race will continue to be watched nationally.”

This New York Times/Siena College survey of South Carolina was conducted October 9-14, 2020 by telephone calls in English to 605 likely voters, with a margin of error of +/- 4.5 percentage points. Calls were made to a stratified weighted sample of voters from the L-2 Voter list via both land and cell phones. The data was weighted by party, age, race/ethnicity, education, region, gender and voter likelihood, a computed score that combines voter history, stated voter likelihood and modeled turnout by respondent. Polling support for this project provided by Institute for Policy and Opinion Research at Roanoke College, M. Davis and Co., Reconnaissance Market Research, and The Public Opinion Research Lab at the University of North Florida. The Siena College Research Institute, directed by Donald Levy, Ph.D., conducts political, economic, social, and cultural research. SCRI, an independent, non-partisan research institute, subscribes to the American Association of Public Opinion Research Code of Professional Ethics and Practices. For more information, please call Don Levy at 518-944-0482. Survey cross-tabulations and frequencies can be found at: www.Siena.edu/SCRI/SNY. For additional methodological information, click here.