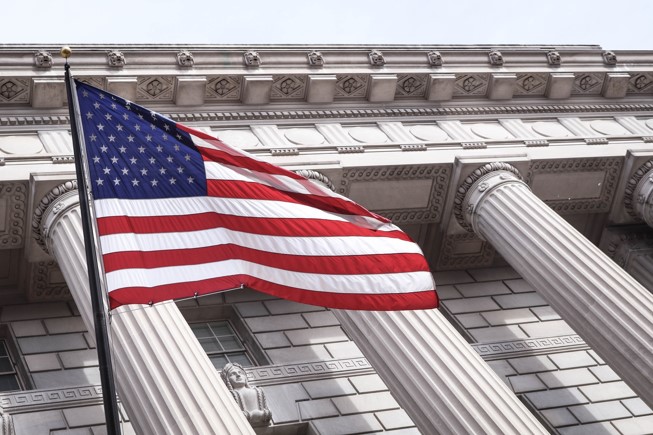 *Crosstabs have been updated to account for self-reported race instead of imputed response.

Loudonville, NY.  By 52-44 percent, voters across six battleground states oppose impeaching and removing President Donald Trump from office according to a new The New York Times Upshot/Siena College (SCRI) poll of registered voters in Arizona, Florida, Michigan, North Carolina, Pennsylvania and Wisconsin.  But, by 52-44 percent, voters across the six states support the impeachment inquiry being conducted by the House of Representatives.

A majority of voters in each state – between 51 and 53 percent – oppose impeaching and removing Trump from office, but in each state, either a plurality (49-44 percent in Florida) or a majority supports the House inquiry.  Across the battleground states, voters think that the President’s comments and actions related to Ukraine and investigating former Vice President Joe Biden are typical of what politicians do (47 percent)  rather than much worse than that of typical politicians (43 percent).

“These six states – Arizona, Florida, Michigan, North Carolina, Pennsylvania and Wisconsin – deserve the name battleground.  Across the six states, 41 percent of all voters support both the inquiry, and impeaching and removing Trump from office, while 42 percent oppose both the House probe and impeaching and removing the President.  The remaining 17 percent, including about 8 percent of all battleground voters that support the inquiry while currently opposing impeachment and removal, may ultimately decide the next election,” said Siena College Poll Director, Don Levy.

This New York Times Upshot/Siena College Battleground Polls were conducted October 13-26, 2019 by telephone calls in English and Spanish to 3,766 voters across Arizona (652), Florida (650), Michigan (501), North Carolina (651), Pennsylvania (661) and Wisconsin (651). Voters were weighted within each state by age, education, gender, likely voter probability, state region, party imputation and race/ethnicity. State samples were aggregated to form the Battleground and weighted such that each state formed an equal percentage of the ‘Battleground.’. This Battleground poll has a margin of error of +/-1.7 percentage points subject to the design effects of weighting. Individual state margins of error are: AZ, +/- 4.4, +/- FL, +/- 4.4, MI, +/- 5.1, NC, +/- 4.4, PA, +/- 4.4, WI, +/- 4.4 . Calls were made to a stratified weighted sample of voters from the L-2 Voter list via both land and cell phones. Polling support for this project provided by Institute for Policy and Opinion Research at Roanoke College, and Reconnaissance Market Research. The Siena College Research Institute, directed by Donald Levy, Ph.D., conducts political, economic, social and cultural research primarily in NYS. SCRI, an independent, non-partisan research institute, subscribes to the American Association of Public Opinion Research Code of Professional Ethics and Practices. For more information, please call Don Levy at 518-783-2901. Survey cross-tabulations and frequencies can be found at: www.Siena.edu/SCRI/SNY.