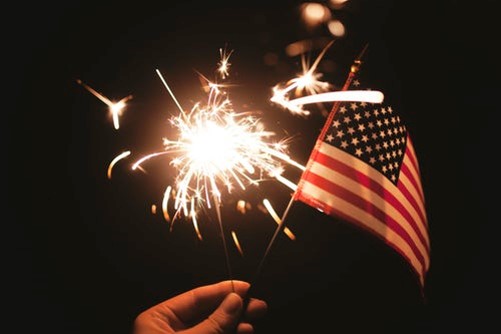 Eighty-eight percent say that it is either somewhat (27 percent) or completely (61 percent) descriptive of them that they believe we should have complete freedom of speech even for those that criticize the country but 53 percent think, with no hesitation, that there is no circumstance in which it would be ‘OK’ to burn the American flag. Over half, 52 percent, say that they vote in all or nearly every election while 12 percent don’t vote, 13 vote only in some elections and 21 percent vote only in major elections like for President. Thirty-two percent very often discuss politics or local issues with family or friends while 35 percent talk about public affairs not very often (24 percent) or not at all (11 percent).

“New Yorkers of every political party, age and region strongly support complete freedom of speech even for those that criticize the country, but a small majority, 52 percent say it is either somewhat or completely descriptive of them that it makes them angry to see anyone that does not stand for the pledge of allegiance or the national anthem,” Levy said. “Still, only 26 percent think it is un-American to protest against the actions of our government while 67 percent think it is not.

“But burning the flag is going too far according to 68 percent of New Yorkers. Fifty-three percent feel that way completely while 15 percent agree somewhat. Again, Republicans at 86 percent feel more strongly opposed to any reason to burn the flag than do Democrats at 60 percent,” Levy said. “But despite recent discussions about socialism, only 35 percent think that anyone that believes in socialism is not a good American while 53 percent disagree. Sixty-two percent of Republicans agree while 70 percent of Democrats disagree.

“Over half of all residents and about two-thirds of both Democrats and Republicans say that they vote in all or nearly all elections while only 44 percent of indepedents do. One quarter either do not vote or only say that they vote in some elections,” Levy said. “Over half volunteer for or through an organization in order to work towards helping others who are in need somewhat or very often and one-third, four in ten of those 50 years of age or older but only 21 percent of those 18-34, very often discuss politics with family or friends.

“Nearly three-quarters agree either somewhat (28 percent) or completely (45 percent) that the United States is the best country in the world,” Levy said. “Still, a smaller percentage, 56 percent, believe either somewhat or completely with the expression, ‘American, love it or leave it’ while 39 percent do not believe that saying is true.

“As most New Yorkers pause to celebrate the holiday on Thursday, they will not be alone. Over half will be wearing red, white and blue and three-quarters will be filled with pride as they hear the national anthem while watching fireworks or enjoying time and perhaps a barbecue with family and friends. Some may even talk a little politics,” Levy said.

This special Siena College 4th of July Poll was conducted June 11-18, 2019 by random telephone calls to 348 New York adults via landline and cell phones and 456 responses drawn from a proprietary online panel of New Yorkers. Respondent sampling via phone was initiated by asking for the youngest male in the household. The overall results has an overall margin of error of +/- 3.8 percentage points including the design effects resulting from weighting. Telephone sampling was conducted via a stratified dual frame probability sample of landline and cell phone telephone numbers (both from ASDE Survey Sampler) from within New York State weighted to reflect known population patterns. Data from the telephone and web samples were blended and statistically adjusted by age, race/ethnicity and gender to ensure representativeness. The Siena College Research Institute, directed by Donald Levy, Ph.D., conducts political, economic, social and cultural research primarily in NYS. SCRI, an independent, non-partisan research institute, subscribes to the American Association of Public Opinion Research Code of Professional Ethics and Practices. For more information or comments, please call Don Levy at 518-783-2901 or 518-944-0482. Survey cross-tabulations can be found at www.siena.edu/scri/research

NYS Consumer Sentiment Up Over 4 Points