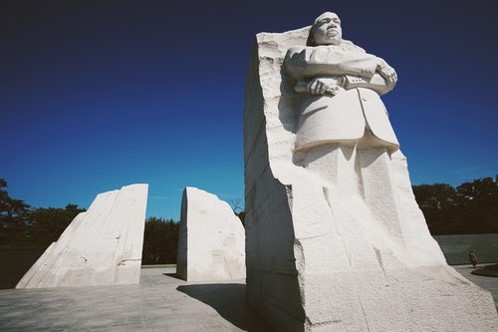 “Three in ten New Yorkers – including nearly half of black New Yorkers and more than one-third of Latino New Yorkers say they have personally been treated unfairly in the last year because of their race, ethnicity, gender or sexual orientation,” Greenberg said. “That goes a long way to explaining why so many New Yorkers have a negative view about race relations in the state.”

Trump Viewed Unfavorably by 64 Percent; Worst Rating Since April
“New Yorkers give Donald Trump his worst favorability rating, negative 32-64 percent, since last April. He is viewed unfavorably by 85 percent of Democrats and 57 percent of independents. Republicans still view the President favorably, 68-29 percent, although down from 76-22 percent in November,” Greenberg said.

As She Kicks Off Presidential Bid, Gillibrand Liked – Not Loved – By New Yorkers
“Kirsten Gillibrand, fresh off her third big Senate win and beginning a presidential campaign, has a 48-31 percent favorability rating. One in five voters still doesn’t know enough about her to have an opinion,” Greenberg said. “She’s only viewed favorably by 61 percent of Democrats. By comparison, Andrew Cuomo is viewed favorably by 68 percent of Democrats, and Chuck Schumer by 74 percent.”
# # #

This Siena College Poll was conducted January 6-10, 2019 by telephone calls conducted in English to 805 New York State registered voters. Respondent sampling was initiated by asking for the youngest male in the household. It has an overall margin of error of +/- 4.1 percentage points including the design effects resulting from weighting. Sampling was conducted via a stratified dual frame probability sample of landline and cell phone telephone numbers (both from ASDE Survey Sampler) from within New York State. Data was statistically adjusted by age, party by region, and gender to ensure representativeness. The Siena College Research Institute, directed by Donald Levy, Ph.D., conducts political, economic, social and cultural research primarily in NYS. SCRI, an independent, non-partisan research institute, subscribes to the American Association of Public Opinion Research Code of Professional Ethics and Practices. For more information, call Steve Greenberg at (518) 469-9858. For survey cross-tabs: www.Siena.edu/SCRI/SNY.

Minnesota 08: Race Too Close to Call