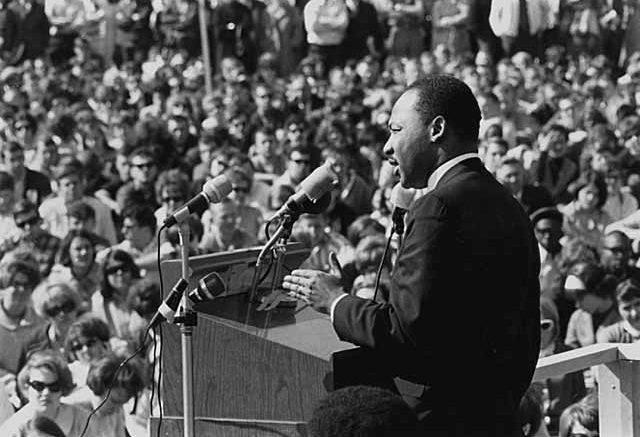 Loudonville, NY. As we commemorate the birthday of Martin Luther King, Jr., only 31 percent of New Yorkers think race relations in the state are excellent (seven percent) or good (24 percent) – compared to 64 percent who say they are fair (40 percent) or poor (24 percent), according to a new Siena College poll of New York State registered voters released today. That 31-64 percent finding is identical to what it was in June 2020 and down slightly from 33-64 percent on MLK Day 2020. In 2011, 55 percent viewed race relations positively.

“Despite all the events, headlines and protests, and despite the national conversation that has taken place over the last year about race in America, little has changed – good or bad – regarding New Yorkers’ views about race relations and discrimination in the state.”

“The more things change, the more things stay the same? Despite all the events, headlines and protests, and despite the national conversation that has taken place over the last year about race in America, little has changed – good or bad – regarding New Yorkers’ views about race relations and discrimination in the state,” said Siena College pollster Steven Greenberg. “Consistently over the last six years, fewer than 40 percent of New Yorkers have said that race relations are excellent or good. Today, only 31 percent say it, compared to a decade ago, MLK Day 2011, when 55 percent of New Yorkers thought race relations were positive.

Seventy percent of voters say minorities – including African Americans, Hispanics and Asians – who live in New York experience racial discrimination, compared to 22 percent who say they don’t, little changed from 73-19 percent in June and 72-18 percent on MLK Day last year. By a similar 69-22 percent margin, voters say religious minorities – including Jews, Muslims and others – who live in New York experience discrimination based on their religious affiliation, down from 78-17 percent last year.

Majority View BLM Movement Favorably; Plurality Credit BLM with Positive Impact on America
“Democrats overwhelmingly view the Black Lives Matter movement favorably, 77-16 percent, and more than two-thirds of Democrats think the BLM movement has had a positive impact on America. Independent voters are more mixed, viewing BLM favorably by a narrow 44-40 percent margin and a plurality thinking the movement has had a negative impact on the country,” Greenberg said. “Republicans view BLM unfavorably by a strong
62-27 percent margin, and a strong majority say BLM has had a negative impact on the nation.

“One-third of New Yorkers – similar to the last three years – say that they themselves have been treated unfairly over the last year because of their race, religion, gender, ethnicity or sexual orientation. More than two-thirds say that racial and religious minorities experience discrimination because of how they look or how they choose to pray,” Greenberg said. “As we honor Dr. King 92 years after his birth and 53 years after his assassination, New York still has a lot of work to do to continue bending that long arc of the moral universe toward justice.”