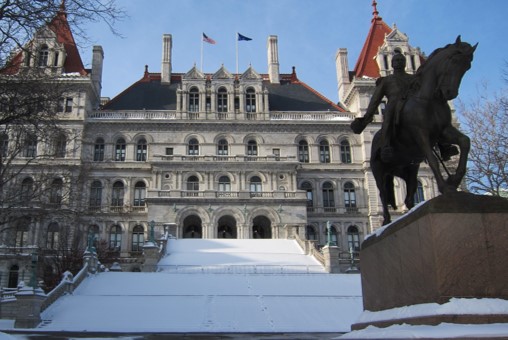 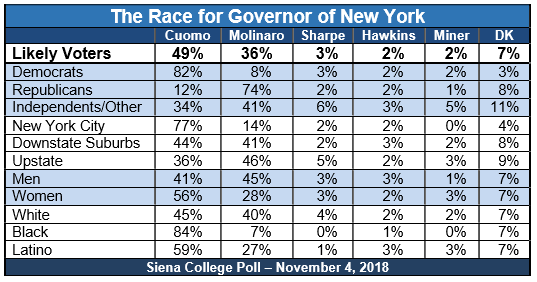 “Days before voters go to the polls, Molinaro has narrowed Cuomo’s lead. Republicans are ‘coming home’ to support their nominee much stronger than last month, although Cuomo continues to do better with Democrats than Molinaro does with Republicans. Independents have flipped, giving Molinaro a seven-point lead after favoring Cuomo by 10 points last month,” said Siena College pollster Steven Greenberg. “Cuomo’s huge lead in New York City more than cushions his narrow three-point lead in the downstate suburbs, and upstate, where Molinaro leads by 10 points.”

“Voters are poised to give Cuomo a third-term. The question appears to be by what margin? Will Democrats and New York City voters turnout in bigger numbers than they have in recent midterms? If so, Cuomo has the chance to run up the score. If not, or if Republican enthusiasm matches increased Democratic enthusiasm – particularly in upstate and the suburbs where there are hotly contested House and State Senate races – then the final results will likely look similar to four years ago,” Greenberg said.

Gillibrand Lead Over Farley Down a Little; Still Comfortably Ahead by 23 Points
“Gillibrand’s favorability rating, 46-34 percent, fell a little again this month, and voters give Gillibrand her highest unfavorable rating in eight years. Farley was unknown to 89 percent of voters in February and remains unknown to 86 percent of voters on the eve of the election,” Greenberg said. “Gillibrand gets 90 percent support from Democrats, picks up 20 percent of Republicans and splits independents with Farley. Gillibrand is supported by more than three-quarters in New York City, and leads by nine points upstate and in the downstate suburbs.

DiNapoli Increases Dominating Lead Over Trichter in Bid for Re-election
“Although the state’s chief financial officer for the last 11 years remains largely unknown to half the electorate, DiNapoli has a 37-point lead over Trichter, largely unknown to nearly all of the electorate,” Greenberg said. “DiNapoli has the support of 85 percent of Democrats. Trichter only leads among Republicans 53-30 percent. And DiNapoli wins independents better than two-to-one. He wins big in every region and it looks like he will get more votes this year than any other candidate, just as he did four years ago.”

James Maintains Low Double Digit Lead Over Wofford; Now leads 49-37 Percent
“James and Wofford continue to battle it out in the only statewide race with no incumbent. But little has changed in the basic dynamics of this race over the last month. Both candidates are running strong with their party’s voters and independents who had tilted slightly toward James, now tilt toward Wofford by four points,” Greenberg said. “James’s natural advantage in New York City – overwhelmingly Democratic and where she’s won two citywide races – continues to be the difference in this race, as she has support of nearly three-quarters of voters there. However, outside of the City, Wofford has a slim lead among suburban and upstate voters.

“James continues to crush Wofford with black and Latino voters, and white voters continue to narrowly lean toward James, 45-41 percent,” Greenberg said. “Despite his television ad buy, Wofford remains unknown to
85 percent of voters. While James is not much more well known than Wofford outside of New York City, she has a 56-16 percent favorability rating among City voters.” 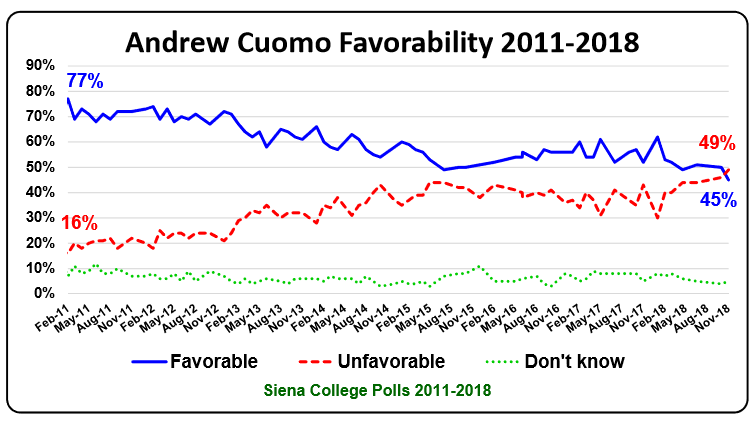 This Siena College Poll was conducted October 28-November 1, 2018 by telephone calls conducted in English to 641 likely New York State 2018 general election voters. Calls were made to a sample of registered voters. It has an overall margin of error of +/- 3.9 percentage points including the design effects resulting from weighting. Sampling was conducted via a stratified dual frame sample of landline and cell phone telephone numbers from the L-2 Voter list. A likely-to-vote probability was computed for each respondent based on both their stated likelihood to vote as well as by virtue of the imputation of a turnout probability score based on past household voting behavior. This probability to vote was applied as a weight along with a weight that considered historic party by region turnout, age and gender. The Siena College Research Institute, directed by Donald Levy, Ph.D., conducts political, economic, social and cultural research primarily in NYS. SCRI, an independent, non-partisan research institute, subscribes to the American Association of Public Opinion Research Code of Professional Ethics and Practices. For more information, call Steve Greenberg at (518) 469-9858. For survey cross-tabs: www.Siena.edu/SCRI/SNY.