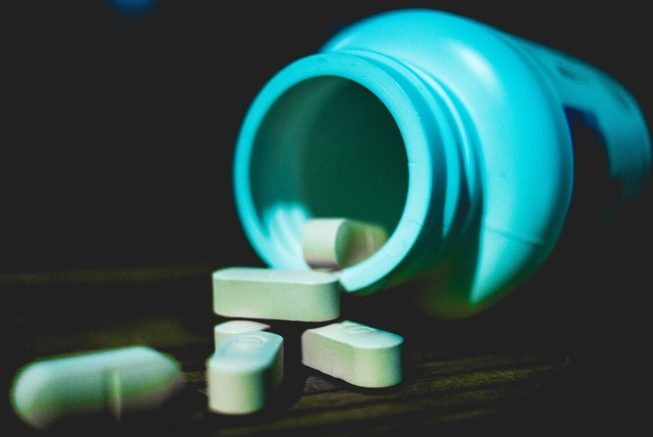 Of those that have been prescribed opioids for pain over the last two years, 62 percent did not take the entire prescription and among those, 40 percent did not dispose of the remaining pills.

Eighteen percent of New Yorkers say that they, a family member or a close friend has pursued treatment for opioid abuse. Eleven percent say that it was very easy to access treatment but 26 percent say it was either not very or not at all easy. Nearly half, 48 percent have heard that insurance providers refusing to cover the cost of adequate treatment is a barrier to people in their area receiving treatment. Both treatment programs not working with individuals for a long enough period and poor follow-up after a patient completes a program are cited by 41 percent. Thirty-one percent say insufficient space in treatment facilities is a barrier to recovery.

The survey is part of a community effort by Prescription for Progress: United against opioid addiction, a newly formed coalition of leaders in healthcare, media, law enforcement, education and business in New York’s Capital Region committed to raising awareness and taking positive steps to address the crisis.

Prescription for Progress seeks to unite businesses, nonprofits and government agencies to strive toward the shared goal of fighting addiction. The initiative will include town hall meetings, public service messages in local media and gatherings of stakeholders to identify positive steps. An upcoming survey by SCRI, also commissioned by Prescription for Progress, will poll professionals working to address opioid abuse.

“Of those that have been touched by opioid abuse, that is, they or someone they are close with have abused opioids or died from an overdose, one third say they or someone they know have tried to get treatment,” said Siena College Research Institute Director, Don Levy. “But two-thirds say they haven’t.”

“While nearly half of those that have been close to opioid abuse say that it is either somewhat or very easy to access treatment, at rates considerably higher than those that have not suffered the effects of opioid abuse, they say that problems with insurance coverage, treatment length or follow-up and available beds are standing in the way of accessing treatment,” Levy said.

“With over eighty percent of New Yorkers saying that doctors over-prescribing opioids and allowing patients access to too many pain pills are at least somewhat responsible for the current level of opioid abuse, it is concerning, but not surprising, that among those that were prescribed, a quarter admit that they were given too many pills and nearly two-thirds didn’t take the entire prescription. As concerning is that about half say that no one at the doctor’s office talked to them about the risk of addiction,” Levy said.

Next week, the Siena College Research Institute (SCRI) will release the fourth chapter of data drawn from this survey of nearly 1400 New Yorkers.
Part IV: What do we believe about opioid abuse? What initiatives do we support?

All Prescription for Progress data for this and future surveys will be made available to journalism outlets, research organizations and other stakeholders in New York State.
To learn more about the Prescription for Progress coalition, including how your organization can participate, please contact Patti Hart, pahart@timesunion.com or 518-454-5067. Or sign up here: www.RXforprogress.com

This Siena College Poll was conducted online February 8-14, 2018 through a proprietary panel developed by Lucid: https://luc.id/ of 1384 New York State residents age 18 and older in English. It has an overall margin of error of +/- 3.0 percentage points including the design effects resulting from weighting. Data was statistically adjusted by age, region, and gender to ensure representativeness. The Siena College Research Institute, directed by Donald Levy, Ph.D., conducts political, economic, social and cultural research primarily in NYS. SCRI, an independent, non-partisan research institute, subscribes to the American Association of Public Opinion Research Code of Professional Ethics and Practices. For more information, call Don Levy at (518) 783-2901. For survey cross-tabs: www.Siena.edu/SCRI .

Rice Has 18-Point Lead Over Blakeman