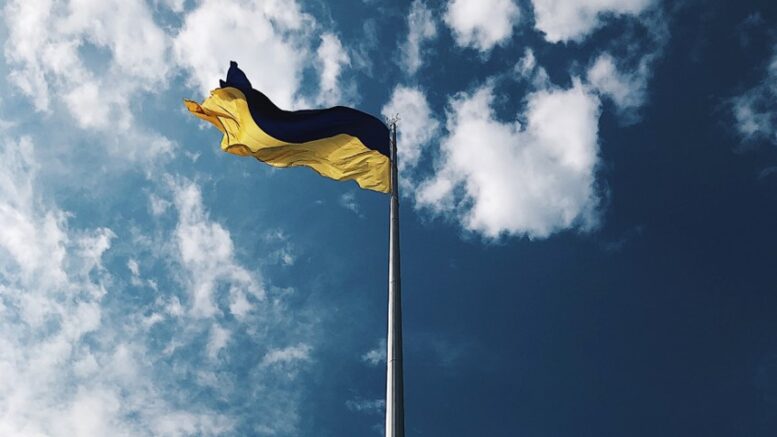 Loudonville, NY – Fifty-four percent of New Yorkers say the war in Ukraine and the international response to it will lead to long-term economic problems resulting in financial difficulties that all Americans will face for years according to a new statewide survey of consumers released today by the Siena College Research Institute (SCRI). Thirty-two percent are more inclined to say that the war will soon end and despite significant short-term economic impacts, the American economy as well as the personal finances of Americans will be largely unaffected.

Seventy percent say that inflation is having either a very (26%) or somewhat (44%) serious negative effect on their personal finances. In light of current economic conditions and the war in Ukraine, 87% are concerned about food prices, 80% are concerned with the cost of gasoline, 76% with home utility costs, 71% with the worth of the American dollar and 68% with the value of their retirement accounts.

In response to price increases due to inflation, 69% will buy less in general, 67% will buy less expensive items and 28% plan to dip into savings to pay for everyday expenses. Over a third, 35% plan to get a second job or generate another source of income while 34% now say that they will postpone or cancel a vacation in the next six months.

“Inflation had gotten New Yorkers’ attention, but now add in war in Ukraine and consumers are very concerned, and many are planning to cut back,” according to SCRI Director, Don Levy. “While a third think the war will soon be over and that our finances will not be largely affected, over half believe the war in Ukraine will generate economic shock waves that New Yorkers will face for years to come.”

“Gas, food and utilities costs are a concern for between 76-87% of all New Yorkers,” Levy said. “And with inflation soaring, about 70% worry about the American dollar’s worth and the value of their retirement accounts.”

“With the pandemic’s effects lessening, New Yorkers were ready to exhale, but economic conditions and war in Eastern Europe have us holding our breath again,” Levy said. “Food prices and gasoline, now worry at least eight out of every ten New Yorkers and with 70% saying inflation is negatively affecting their finances and 71% concerned about the worth of the dollar, those kitchen table discussions are not for the faint of heart.”

Asked what strategies they are now using or plan to use in the next six months in response to price increases due to inflation, 69% are buying less in general, 67% are buying less expensive items, 28% are dipping into savings, and 22% are using credit cards and carrying the debt forward. Ten percent say that they are continuing to live and spend as before.

Thirty-five percent of all New Yorkers, 50% of those 18-34 years of age, 46-50% of Blacks and Latinos and 42% of those with children in their household will get a second job or generate another source of income in response to inflation. One quarter will stop or reduce savings contributions and 34% will postpone or cancel a vacation.

“We will have to wait and see how the economy reacts this spring and summer and what the impact of war in Ukraine will be, but for now, New Yorkers weary from two years of COVID, are expressing economic concerns that will pre-occupy their decisions and perhaps slow economic activity in New York,” Levy said.

The SCRI Special Survey of Economic Impacts was conducted March 14-17, 2022 by random telephone calls to 396 New York adults via landline and cell phones and 405 responses drawn from a proprietary online panel of New Yorkers. Respondent sampling via phone was initiated by asking for the youngest person in the household. The overall results have an overall margin of error of +/- 3.7 percentage points including the design effects resulting from weighting. Telephone sampling was conducted via a stratified dual frame probability sample of landline (from ASDE Survey Sampler) and cell phone (from Dynata) telephone numbers from within New York State weighted to reflect known population patterns. Data from the telephone and web samples were blended and statistically adjusted by age, race/ethnicity, gender and party to ensure representativeness. The Siena College Research Institute, directed by Donald Levy, Ph.D., conducts political, economic, social and cultural research primarily in NYS. SCRI, an independent, non-partisan research institute, subscribes to the American Association of Public Opinion Research Code of Professional Ethics and Practices. For more information, call Dr. Don Levy, Director Siena College Research Institute, at 518-783-2901. For survey cross-tabs: www.Siena.edu/SCRI/research.