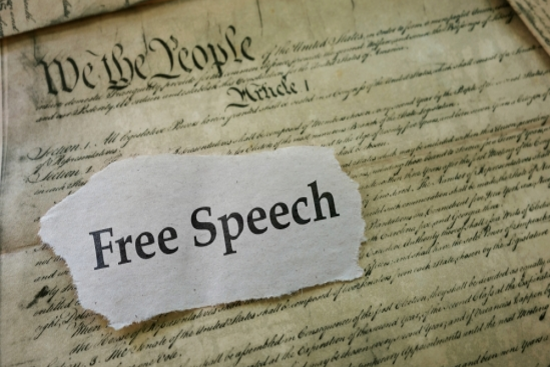 Loudonville, NY. Eighty-four percent of Americans say that some Americans not exercising their freedom of speech in everyday situations due to fear of retaliation or harsh criticism is either a very (40%) or somewhat (44%) serious problem, according to a new national New York Times Opinion/Siena College Poll. Over half, 55%, of Americans say that they have held their tongue, that is, not spoken freely over the last year because they were concerned about retaliation or harsh criticism, and compared to 10 years ago by 46-21% Americans are less, rather than more, free to express their viewpoint on politics, and by 35-28% less, rather than more, free to discuss issues of race.

While two-thirds of Americans agree that our democracy is built upon the free, open and safe exchange of ideas no matter how different they are, 30% say they support free speech but say that sometimes you have to shut down speech that is anti-democratic, bigoted or simply untrue.

“Free speech, a cornerstone of our democracy, is under assault according to everyday Americans,” said Siena College Research Institute Director Don Levy. “Over half have held their tongue over the last year because they were afraid of retaliation, being harshly criticized or in order to avoid conflict.”

Of the 55% of Americans that have not spoken freely, 57% are concerned about retaliation, 65% are concerned about being harshly criticized and 94% held their tongue to avoid conflict. Nearly a quarter of all Americans, 22%, reported restricting their freedom of expression for all three reasons.

“Not only do a majority of Americans say that they restrict their free expression but 22% admit to retaliating against or harshly criticizing another person because of something that they said, and nearly half, 44%, think that people that they know have not told them what they were thinking in response to a comment so as to avoid conflict,” Levy said. “Our survey describes a country that rather than being a marketplace of ideas, is one in which many of us walk on eggshells afraid of how others will respond to our opinions or simply to ‘not get into it’.”

Only 11% say that they are completely free to express their viewpoint on a daily basis without fear of retaliation, censorship or punishment in each of 7 everyday interactions: with family, with friends in person, online, at work, in community business relationships, community activities or with acquaintances.

“Not only are less than half of us completely free to express our viewpoint in any except the safest of situations, our ability to freely express ourselves in most situations on important issues has not improved over the last ten years,” Levy said.

“Although 66% of Americans echo our values and mirror the Constitution when they agree that our democracy is built upon the free, open and safe exchange of ideas and encourage all speech so long as it is done in a way that doesn’t threaten others, almost a third say that they support free speech but say that sometimes it has to be shut down if it is anti-democratic, bigoted or simply untrue,” Levy said.

“Strikingly, when given examples of 11 types of speech that some deem controversial, no more than 71 percent say people they know support a person’s right to engage in any one type of that speech despite being told that the Constitution protects them all,” Levy said.

Only 1% of Americans support a person’s right to engage in all 11 of these examples of speech while a majority, 57% support a person’s right to engage in 4 or fewer. Only four – teaching students the history or racism, questioning scientific credibility, protestors saying ‘we have to take our country back’, and celebrities using fame to advance their politics – are supported as a right by a majority of Americans.

“Where do we as Americans go from here? A majority say we are headed in the wrong direction, but nearly all of us remain proud to be an American. Still, this survey reports both a disturbingly widespread experience of restricted free speech as well as significant support for restricting the speech of others,” Levy said. “We encourage a free and open discussion of these findings.”

These New York Times Opinion /Siena College Free Speech Poll was conducted February 9-22, 2022 by telephone calls in English to 1,507 American residents 18 years of age and older. Calls were made to a random sample of Americans via both cellphones and landlines. The data was weighted by age, race/ethnicity, education, region, 2020 presidential vote choice and gender and is reported with a margin of error of +/-3.1 percentage points. The Siena College Research Institute, directed by Donald Levy, Ph.D., conducts political, economic, social and cultural research primarily in NYS. SCRI, an independent, non-partisan research institute, subscribes to the American Association of Public Opinion Research Code of Professional Ethics and Practices. For more information, please call Don Levy at 518-783-2901. Survey cross-tabulations and frequencies can be found at: www.siena.edu/scri/research. Comments on the study are welcome and can be emailed to dlevy@siena.edu.

Tepid Consumer Sentiment Recovers Ever so Slightly in New York