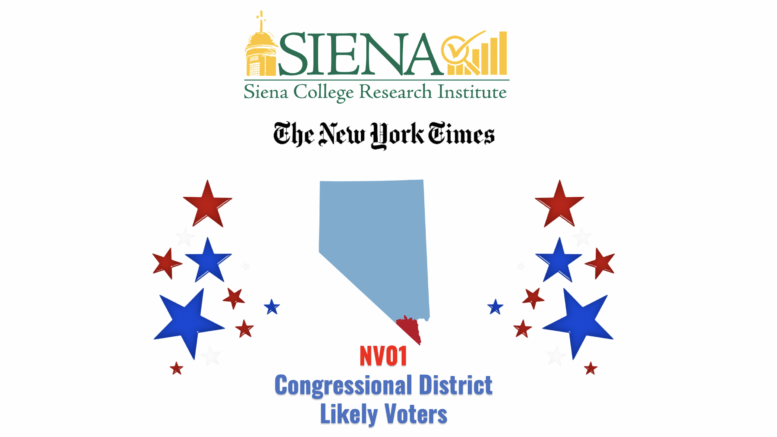 Siena College Research Institute Director Dr. Don Levy said: “A dead heat with just over a week to go. Longtime Democratic incumbent Titus and Republican Robertson, making his first run for office, each hold at least 93% support from their own party, but in this district that Biden would have won with 53%, independents are supporting Robertson 51-37%. Men and white voters both favor Robertson by six points, while women favor Titus by seven points and non-whites favor her by 11 points. Titus’ favorability rating is 40-39%, compared to a 23-27% favorability rating for Robertson.”