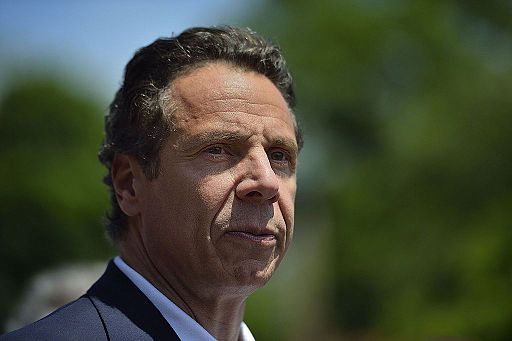 “Since his poll numbers took a significant hit earlier this year, Cuomo’s favorability, job performance and re-elect ratings have remained largely stable the last few months. But 16 months from the next gubernatorial election and less than a year from the primary, only one-third of New Yorkers – including just 43 percent of Democrats – think Cuomo should run for re-election,” said Siena College pollster Steven Greenberg.

“The good news for the Governor is that only 23 percent of New Yorkers want him to resign immediately. However, when you add those voters to the 39 percent who say he should serve out his term but not seek
re-election, 62 percent say he should not run for a fourth term,” Greenberg said. “Twenty-seven percent of white voters want to see him run again, as do 40 percent of Latinos and a majority, 52 percent, of Black voters.

“When it comes to impeachment, voters are more closely divided with 45 percent, a plurality, saying the Assembly should not impeach Cuomo, while 35 percent – including one-quarter of Democrats – would like to see the Assembly impeach the Governor,” Greenberg said.

Voters say, 42-32 percent, investigations into allegations of sexual harassment against Cuomo will find evidence of harassment. Republicans strongly believe it, as do a plurality of independents. Democrats are evenly divided.

“But when it comes to answering questions about how he handled nursing homes during the pandemic, voters say nearly three-to-one – including Democrats, 49-30 percent – Cuomo did a bad job,” Greenberg said. “More than half of New York City voters and two-thirds from upstate and the downstate suburbs agree that he did a bad job.”

Crime is Top Priority Issue for One-Third, Followed by Education for 22%

“Each of the five issues Siena asked about – crime, education, infrastructure, economic equity, and racial equality – was seen as very important by at least half of voters, crime and education by at least three-quarters of voters,” Greenberg said. “When asked which issue should be the top priority of the Governor and lawmakers, crime was the winner among all voters as well as with voters of every party, region and gender. Racial equality was the top issue for Black voters, while education was tops with Latinos and voters under 35.”

Moderate Support for Two Constitutional Amendments on Voting; Overwhelming Support for ‘Clean Air’
Voters support three proposed constitutional amendments: allow absentee ballots for any reason (55-35 percent); allow voter registration up until and including election day (52-39 percent); and, adding, “Each person shall have a right to clean air and water, and a healthful environment” to the State Constitution (80-12 percent).

“A strong majority of Democrats supports both proposed amendments regarding voting, as do a plurality of independents. Republicans, however, oppose each of the amendments better than two-to-one,” Greenberg said. “While there is little difference between white, Latino and Black voters on the amendment for no excuse absentee ballots, on the issue of same day registration, whites are closely divided while that amendment has better than two-to-one support from both Latinos and Blacks. Other than Republicans (64 percent) and conservatives (68 percent), at least 70 percent of every demographic group supports the clean air and water amendment.”

This Siena College Poll was conducted June 22-29, 2021 among 809 New York State registered voters with 522 voters contacted through a dual frame (landline and cell phone) mode and 287 responses drawn from a proprietary online panel (Lucid) of New Yorkers. Telephone calls were conducted in English and respondent sampling was initiated by asking for the youngest person in the household. Telephone sampling was conducted via a stratified dual frame probability sample of landline (ASDE) and cell phone (Dynata) telephone numbers within New York State weighted to reflect known population patterns. Data from both collection modes (phone and web) was merged and statistically adjusted by age, party by region, race/ethnicity, education, and gender to ensure representativeness. It has an overall margin of error of +/- 4.1 percentage points including the design effects resulting from weighting. The Siena College Research Institute, directed by Donald Levy, Ph.D., conducts political, economic, social, and cultural research primarily in NYS. SCRI, an independent, non-partisan research institute, subscribes to the American Association of Public Opinion Research Code of Professional Ethics and Practices. For more information, call Steve Greenberg at (518) 469-9858. For survey crosstabs: www.Siena.edu/SCRI/SNY.