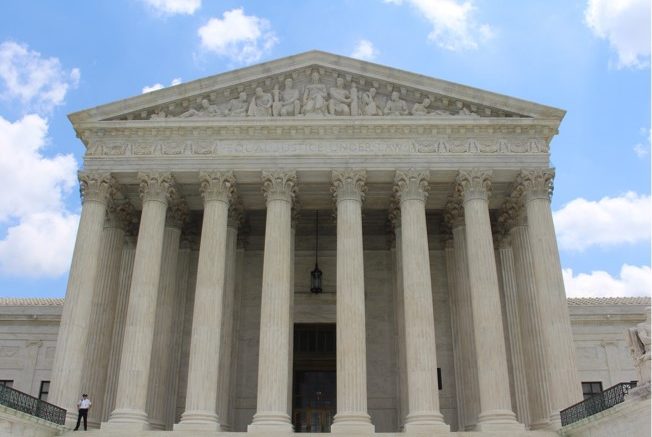 Loudonville, NY. After a bounce in January, Governor Andrew Cuomo’s favorability, job performance and
re-elect ratings all fell by double digits this month, according to a new Siena College poll of New York State registered voters. Cuomo’s favorability rating is 53-40 percent, down from 62-30 percent last month, and his job performance rating is negative 45-53 percent, down from positive 50-48 percent.

“After hitting his second-term high favorability rating last month, Governor Cuomo’s favorability, job performance and re-elect ratings all hit significant speed bumps this month. With his favorable rating down to
53 percent from 62 percent and his unfavorable rating jumping to 40 percent from 30 percent, Cuomo’s net favorability rating is down 19 points,” said Siena College pollster Steven Greenberg. “He’s down with Democrats, more with Republicans, and even more with independents.

“In all three measures, Cuomo is down with voters in New York City, down big upstate and essentially unchanged in the downstate suburbs. The drop was much bigger with men than with women,” Greenberg said.

“Cuomo’s drop this month comes as there was little change in how voters viewed the Legislature, just a modest drop in voters’ optimism about the direction of the state and, largely, continued strong support for many of the Governor’s high-profile proposals,” Greenberg said. “Of course, much of what Cuomo has been talking about over the last several weeks has been overshadowed by the ongoing coverage of the Federal corruption trial in Manhattan, in which the Governor has been featured prominently.

“The good news for Cuomo is that the two Republicans still seeking to run against him are both unknown to more than three-quarters of New York voters,” Greenberg said. “State Senator John DeFrancisco is viewed favorably by 10 percent and unfavorably by nine percent. Former Erie County Executive Joel Giambra has a comparable
7-9 percent favorability rating. Both have a lot of work to do to become known to voters over the next eight months.

Supreme Court, FBI, Mueller Strongly Trusted by NYers; Pols Not Nearly as Much
“Democrats, Republicans and independents all agree – as do voters from every region of the state: the Supreme Court and the FBI are both highly trustworthy. Democrats and independents feel similarly about Mueller, although Republicans are closely divided on their view of his trustworthiness,” Greenberg said.

“With strong support from Democrats and independents, and support from every region, by a 56-40 percent margin, New Yorkers support legalizing the recreational use of marijuana,” Greenberg said. “Voters 55 and older are closely divided, while three-quarters of voters under 35 support legalization.”

Voters Trust Albany More than DC on Tax Policy; Less Negative Toward Federal Tax Cut Law
“Voters, by a 52-22 percent margin, trust state government more than the Federal government to create tax policy that treats them fairly. A majority of independents and two-thirds of Democrats feel that way, while a plurality of Republicans trusts Washington over Albany,” Greenberg said.

“By a 12-point margin – down from 19 points last month – voters say the new Federal tax law will worsen New York’s economy, and by an 8-point margin – down from 18 points – they will be worse off financially because of the new Federal tax law,” Greenberg said. “Additionally, support for the Governor’s proposal to sue the Federal government over the tax law has withered, with only 49 percent supporting it, down from 58 percent last month.”

This Siena College Poll was conducted February 5-8, 2018 by telephone calls conducted in English to 823 New York State registered voters. Respondent sampling was initiated by asking for the youngest male in the household. It has an overall margin of error of +/- 3.9 percentage points including the design effects resulting from weighting. Sampling was conducted via a stratified dual frame probability sample of landline and cell phone telephone numbers (both from Survey Sampling International) from within New York State weighted to reflect known population patterns. Data was statistically adjusted by age, party by region, and gender to ensure representativeness. The Siena College Research Institute, directed by Donald Levy, Ph.D., conducts political, economic, social and cultural research primarily in NYS. SCRI, an independent, non-partisan research institute, subscribes to the American Association of Public Opinion Research Code of Professional Ethics and Practices. For more information, call Steve Greenberg at (518) 469-9858. For survey cross-tabs: www.Siena.edu/SCRI/SNY.

Crosstabs for the Six-State Battleground Universe