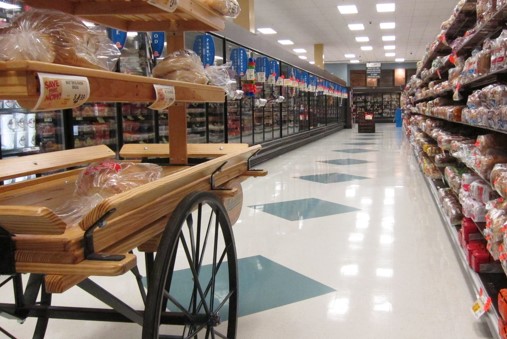 In September, buying plans were up for consumer electronics, 1.3 points to 35.8%, furniture, 5.1 points to 23.1%, homes, 1.9 points to 5.7%, and major home improvements, 1.1 points to 17.3%. Buying plans remained unchanged for cars/trucks at 12.9%.
“As consumers braced in September for this week’s government shutdown, national sentiment fell by nearly five points while in New York confidence climbed back to the breakeven point,” according to Dr. Doug Lonnstrom, professor of statistics and finance at Siena College and SRI Founding Director. “New Yorkers at opposite ends of the economic continuum, those making less than fifty ‘K’ and those earning over one hundred increased in overall and especially future confidence this month.

“Divide New York however you want, but income matters. A strong plurality, nearly ten points, of those making over $100K say that their financial house is in better shape today than it was a year ago while among those earning less than $50K, despite improvement this month, over twice as many see their finances crumbling rather than improving. Among New Yorkers earning between $50K and $100K, one quarter see improvement but a greater number, one third, say that their finances have worsened over the last year.”

“Despite sentiment resting at the breakeven point – the score at which overall optimism and pessimism are balanced – New Yorkers are ready to go out and buy houses at a five-year record high and furniture at a rate 28 percent higher than last month. Interestingly, home buying plans are being driven by New Yorkers earning less than $100K while furniture buying plans are buoyed by those earning more than $100K.

“As gas prices modulated this month, concern over their impact declined. Coupled with a lessening of food sticker shock, many felt more confident and prepared to spend this month,” according to Dr. Lonnstrom.

The following chart shows the percentage of New York State residents that report a hardship from 1) gasoline prices, 2) food prices, and 3) both gas and food prices from June 2008 through September 2013.

The SRI Index of Consumer Sentiment was conducted in September 2013 by random telephone calls to 811 New York State residents over the age of 18. As consumer sentiment is expressed as an index number developed after statistical calculations to a series of questions, “margin of error” does not apply. Buying plans, which are shown as a percentage based on answers to specific questions, do have a margin of error of +/- 3.4 points. For more information or comments, please call Dr. Doug Lonnstrom, at 518-783-2362. Survey cross-tabulations and buying plans can be found at www.siena.edu/sri/cci. SRI is an independent, non-partisan research institute. SRI subscribes to the American Association of Public Opinion Research (AAPOR) Code of Professional Ethics and Practices.

37th SD, Open Westchester Seat, is Neck-and-Neck As Democrat Latimer Is Up By 3 Points Over Cohen