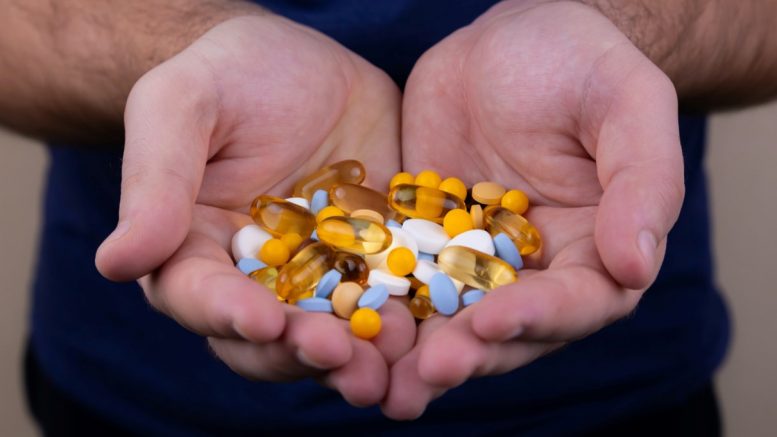 Loudonville, NY. Today 59 percent of New Yorkers, up from 54 percent two years ago, have been touched by opioid abuse according to a new Siena College Research Institute (SCRI) poll of New Yorkers. Looking back over the last two years, between 57 and 78 percent have seen increases in the awareness of the dangers of prescription pain medication, lifesaving drugs like Naloxone or Narcan being more often available, doctors showing more care in prescribing opioids and treatment for opioid addiction being easier to obtain. Still, 65 percent, down from 83 percent in 2018, think that the problem of opioid abuse has gotten worse.

“Seventy-eight percent of state residents, down slightly from 82 percent in 2018, say that opioid abuse is a somewhat or very serious problem in their area. And most people are touched by this epidemic. Fifty-nine percent have at least one if not several of these experiences; someone in their immediate or extended family or a co-worker has abused opioids, a friend shared with them that they had family member suffering opioid addiction or they knew someone that died due to opioid abuse,” said Don Levy, SCRI’s Director.

Looking back over the last two years, 78 percent say awareness of the dangers of prescription pain medication has grown and 70 percent have seen lifesaving drugs be more often available. Over two-thirds, 69 percent, say that doctors are more careful in their prescribing and 57 percent say that treatment for opioid addiction is easier to obtain. Still, 62 percent believe it is not true that fewer people are dying from opioid overdoses and 64 percent say that the stigma associated with opioid abuse has not lessened in the last two years.

The survey is part of a community effort by Prescription for Progress: United against opioid addiction, a coalition of leaders in healthcare, media, law enforcement, education and business in New York’s Capital Region committed to raising awareness and taking positive steps to address the crisis.

Prescription for Progress seeks to unite businesses, nonprofits and government agencies to strive toward the shared goal of fighting addiction. Seventy-four percent of state residents say that over the last two years they have seen major institutions including hospitals, treatment centers, law enforcement, schools and government entities working collaboratively to address opioid abuse.
“The epidemic within a pandemic rages on. Sixty-five percent of New Yorkers, down from 83 percent two years ago, say that the problem of opioid abuse has gotten worse over the past two years,” Levy said. “But despite small declines in the perceived seriousness of heroin, and the abuse of both prescription drugs and synthetic opioids as public health problems, what the public is telling us is that we are seeing a lessening of the worsening.

“We do see several encouraging signs in the data,” Levy said. “A growing percentage, 76 percent up from 70 percent two years ago, say that they were prescribed the right amount of opioids and more importantly far more doctors and pharmacists are warning patients of the risks of opioids today than were doing so in 2018.

“And while barriers to obtaining treatment including insurance refusing to cover the costs, treatment programs not working with patients long enough or providing adequate follow-up, persist, more New Yorkers, 48 percent compared with 40 percent in 2018, say that it is somewhat or very easy to obtain treatment,” Levy said.

While overwhelming percentages of New Yorkers continue to support strengthening the prescription monitoring service, 84 percent are in favor of punishing doctors that are shown to over-prescribe opioids and expanding drug rehabilitation programs within correctional facilities. A majority, 63 percent up from 59 percent, favor increasing support to syringe exchange programs. Support for two initiatives, improving access to medications like methadone and buprenorphine, themselves opioids, as a way to wean addicts off other opioids and increasing funding for supervised injection sites rose from 60-68 percent for access to methadone and from 41-48 percent for injection sites. Sixty-eight percent support allowing high schools to randomly drug test students provided they have parental approval.

To learn more about the Prescription for Progress coalition, including how your organization can participate, please contact Patti Hart, pahart@timesunion.com or 518-454-5067. Or sign up here: www.RXforprogress.com

This Siena College Poll was conducted online March 3 – March 21, 2020 through a proprietary panel developed by Lucid: https://luc.id/ of 1370 New York State residents age 18 and older in English. It has an overall margin of error of +/- 3.1 percentage points including the design effects resulting from weighting. Data was statistically adjusted by age, region, and gender to ensure representativeness. The Siena College Research Institute, directed by Donald Levy, Ph.D., conducts political, economic, social and cultural research primarily in NYS. SCRI, an independent, non-partisan research institute, subscribes to the American Association of Public Opinion Research Code of Professional Ethics and Practices. For more information, call Don Levy at (518) 783-2901. For survey cross-tabs: www.Siena.edu/SCRI .

Be the first to comment on "Today 59% NY’ers Touched by Opioid Epidemic, Up from 54%"