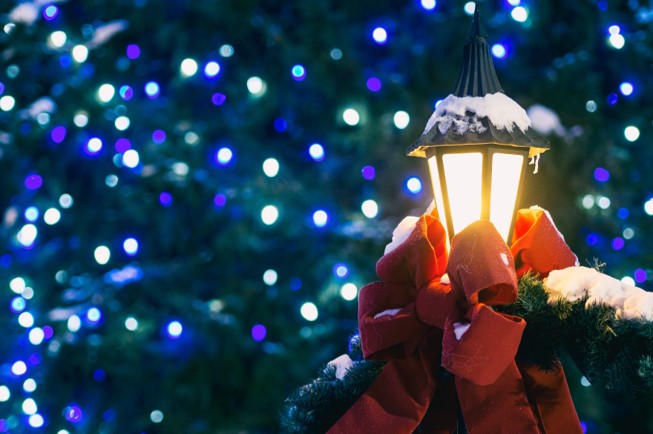 Loudonville, NY – Forty-seven percent of New Yorkers plan to spend $500 or more on gifts during this holiday season according to a new statewide survey of consumers released today by the Siena College Research Institute (SCRI). One in five will spend $1000 or more while 30 percent of New Yorkers plan to hold their gift spending under $300. Seventy-one percent are either somewhat or very excited about the holiday season up from 66 percent last year. While just over half of New Yorkers say they will keep their spending unchanged this year, 17 percent say they will increase their spending this year.

Forty percent, unchanged from a year ago, say that they will do at least half of their holiday shopping online in 2019. Eleven years ago only 7 percent of New Yorkers planned to do half or more of their shopping online. During this time of the year, 51 percent of New Yorkers most often greet others with ‘Merry Christmas’ while 38 percent prefer ‘Happy Holidays.’ Seventy-two percent put up a Christmas tree in their home for the holiday season. Of those, by 65-34 percent, they choose artificial trees over real trees.

Again this year, close to one-third of New Yorkers, 30 percent, say that they believe in Santa Claus. Belief in Santa is greatest among Catholics, suburban residents and those with children in their household.

“New Yorkers are a bit more excited about the holiday season this year. Holiday gift budgets have risen slightly and New Yorkers’ collective view of their personal finances is up compared to a year ago. While only 30 percent of residents say that they believe in Santa, most will have a tree in their home and with over 80 percent shopping online, for some, the internet may be replacing the North Pole,” according to SCRI Director, Don Levy.

The SCRI survey of Holiday Spending Plans was conducted November 19-22, 2019 by random telephone calls to 402 New York adults via landline and cell phones and 400 responses drawn from a proprietary panel of New Yorkers. Telephone sampling was initiated by asking for the youngest male in the household. Telephone sampling was conducted via a stratified dual frame probability sample of landline and cell phone telephone numbers (both from ASDE Survey Sampler) from within New York State weighted to reflect known population patterns. Data from the telephone and web samples were blended and statistically adjusted by age, race/ethnicity and gender to ensure representativeness. SCRI reports this data at a 95% confidence level with a margin of error of +/- 3.6 points including the design effects resulting from weighting. The Siena College Research Institute, directed by Donald Levy, Ph.D., conducts political, economic, social and cultural research primarily in NYS. SCRI, an independent, non-partisan research institute, subscribes to the American Association of Public Opinion Research Code of Professional Ethics and Practices. For more information, call Dr. Don Levy, Director Siena College Research Institute, at 518-783-2901. For survey cross-tabs: www.Siena.edu/SCRI/research.