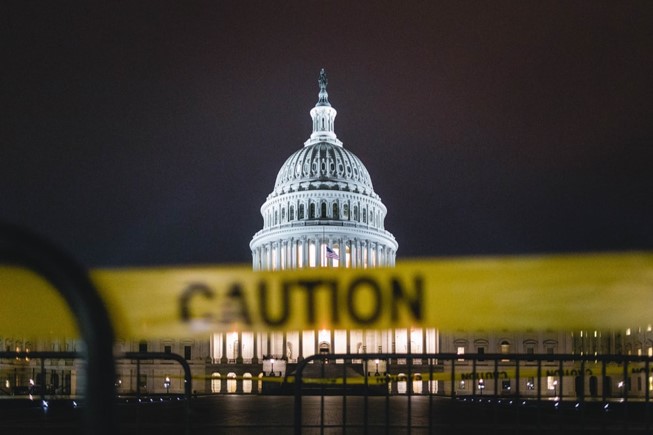 Loudonville, NY. Joe Biden has opened a 10-point lead among New York Democrats, supported by 24 percent (up from 21 percent last month), followed by Elizabeth Warren with 14 percent (down from 21 percent) and Bernie Sanders with 13 percent (down from 16 percent). Among Democrats, 35 percent say Biden has the party’s best chance to win the 2020 election, followed by Warren at 12 percent and Sanders at 11 percent.

By a margin of 52-44 percent – down from 55-38 percent last month – New Yorkers say President Donald Trump should be impeached and removed from office. By a larger 57-38 percent – little changed from 57-36 percent last month – they say the impeachment inquiry is ‘fair’ rather than a ‘partisan attack,’ according to a new Siena College Poll of registered New York State voters released today. Trump’s favorability, job performance and re-elect ratings all edged up since last month, though still deeply underwater. Governor Andrew Cuomo’s favorability and job performance ratings both dropped since October.

“With a little more than two months till Iowa kicks off the 2020 presidential voting and five months till New Yorkers get to weigh in, Joe Biden has opened up a 10-point lead over Elizabeth Warren 24-14 percent, after the two were tied last month,” said Siena College pollster Steven Greenberg. “Sanders is right on Warren’s heals with 13 percent support, followed by Pete Buttigieg with five percent and Kamala Harris with three percent.

“Biden leads with men and women and he leads upstate and downstate. Among white Democrats, Biden only edges Warren by two points. He has a commanding 24-point lead over Sanders among black Democrats. Sanders and Biden lead with Latino Democrats. Democrats under 35 are solidly in Sanders’ camp, as he enjoys an
18-point lead over Warren and leads Biden by 19 points. However, Biden leads by seven points with middle-aged Democrats and a commanding 25 points with Democrats 55 and older. Three in ten Democrats have yet to settle on a candidate,” Greenberg said. “Biden is seen as having the best chance to win by 35 percent of Democrats, three times more than Warren or Sanders. ”

Support for Impeaching/Removing Trump Slips in Last Month as Independents Now Oppose
“While a majority of New Yorkers continues to support impeaching and removing President Trump from office, the margin has narrowed since last month, as public House impeachment hearings have begun. More than three-quarters of Democrats continue to support it and more than three-quarters of Republicans continue to oppose it,” Greenberg said. “However, independents, who were evenly divided on the question last month, now oppose impeachment and removal 59-37 percent. And voters under 35, who had strongly supported impeachment and removal last month, are now nearly evenly divided.

“More than eight in ten Democrats continue to say the impeachment inquiry is fair. However, since last month, a majority of independents went from saying it was fair by eight points to now a majority saying it is a partisan attack by eight points. At the same time, 23 percent of Republicans now say it is fair, up from 15 percent last month,” Greenberg said. “And by a wide margin, 54-29 percent, New Yorkers continue to say they trust Speaker Nancy Pelosi to tell the truth more than the President.”

Trump – Still Hugely Unpopular in New York – Sees Ratings Tick Up in Last Month
Trump’s favorability rating edged up to 32-65 percent, from 30-67 percent last month. His job performance rating is 32-67 percent, up from 28-70 percent. And 31 percent are prepared to re-elect him, with 64 percent preferring ‘someone else,’ up from 28-68 percent in October.

“Trump is viewed unfavorably by 65 percent of New Yorkers; 67 percent give him a negative job performance rating; and, 64 percent would prefer to vote for ‘someone else’ next year. And those numbers are all small improvements from last month,” Greenberg said. “Republicans continue to support Trump, albeit by smaller margins. While 66 percent of Republicans view him favorably and 66 percent say they are prepared to re-elect him, that support is down from 71 percent favorability and 73 percent re-elect last month. Conversely, independents, who continue to view Trump negatively, are less negative than they were in October.”

Cuomo Favorability Dips Back Under Water; Nearly 2/3 Rate Job Performance as Negative
Cuomo has a 44-49 percent favorability rating, down from 49-47 percent in October. His job performance rating is 35-65 percent, down from 41-57 percent last month.

“After two months in slightly positive territory, Cuomo’s favorability has fallen back into negative territory, and it’s largely because of Democrats. His favorability rating among Democrats is now 59-34 percent, down from
68-29 percent last month,” Greenberg said. “Cuomo’s job performance rating matches his all-time low from August. While Democrats are evenly divided on the question, more than three-quarters of Republicans and independents give Cuomo a negative job performance rating.”

This Siena College Poll was conducted November 12-18, 2019 by telephone calls conducted in English to 797 New York State registered voters. Respondent sampling was initiated by asking for the youngest male in the household. It has an overall margin of error of +/- 4.0 percentage points (+/-5.7 percentage points for 380 Democrats) including the design effects resulting from weighting. Sampling was conducted via a stratified dual frame probability sample of landline (ASDE) and cell phone (Dynata) telephone numbers from within New York State. Data was statistically adjusted by age, party by region, race/ethnicity, and gender to ensure representativeness. The Siena College Research Institute, directed by Donald Levy, Ph.D., conducts political, economic, social and cultural research primarily in NYS. SCRI, an independent, non-partisan research institute, subscribes to the American Association of Public Opinion Research Code of Professional Ethics and Practices. For more information, call Steve Greenberg at (518) 469-9858. For survey crosstabs: www.Siena.edu/SCRI/SNY.