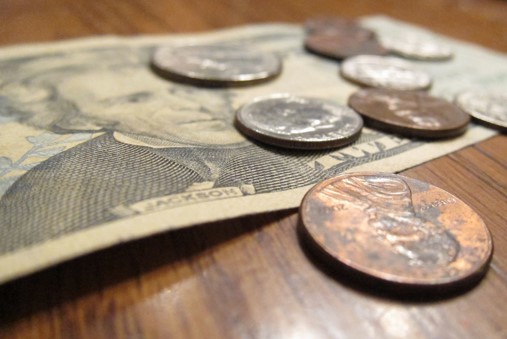 Loudonville, NY. Across Long Island, CEO’s of private for-profit companies express more optimism than pessimism heading into 2016 in the first Long Island Business Leaders Survey sponsored by The Long Island Association. The Index of Business Leader Confidence, computed based on interviews with 248 business leaders of companies from both Nassau and Suffolk Counties stands at 107.8, well above the breakeven point of 100 at which overall optimism and pessimism are balanced. Overall, CEO’s report expected strength in revenues, profitability, asset acquisitions and hiring, as they enter 2016.

“The spring is in the step of many of Long Island’s CEO’s. Nearly four in ten are bullish about the future while only one in five remain negative on the economy. Just under half, 48 percent anticipate revenue growth and 41 percent, expect their profits to increase in 2016. Another upbeat indicator – 46 percent, plan to invest in equipment, vehicles, and computers this year,” said Siena College Research Institute Director Don Levy.

Thirty-one percent of Long Island CEO’s plan to increase their workforce in 2016 while only 9 percent anticipate workforce reductions. Overall, 62 percent give their local area a good or excellent grade on workforce suitability.

Seventy-two percent of CEO’s say that the Affordable Care Act, Obamacare, is having a negative impact on their business. In response to the health care law, 44 percent are decreasing benefits to cut costs, 36 percent have begun to offer defined contribution health insurance, 27 percent are hiring more part time employees and 19 percent are reducing the number of hours employees work.

“In many ways these CEO’s say that they are succeeding for many and carrying on for others, despite rather than because of governmental support. Only 5 percent rate Long Island as good on local governmental support for business while 92 percent rate it as fair or poor (61 percent). Less than a quarter of CEO’s are confident in the ability of state government to improve the climate. The federal government receives even lower marks with a paltry four percent saying the federal government is doing at least a good job facilitating business success,” Levy added.

“Despite the many challenges Long Island businesses are confronted with, including the high cost of doing business in our area, it is encouraging to see a majority of our region’s CEO’s are optimistic about their businesses and the overall economy and that Long Island is still a good place to locate, conduct and grow your business.” said Long Island Association’s President and CEO Kevin Law.

Sixty-eight percent of CEO’s support increasing federal spending on infrastructure and 42 percent call on the Governor and Legislature to focus on infrastructure development. Most, 76 percent, rate Long Island’s transportation infrastructure as only fair or poor, and majorities give a fair to poor rating for local roads, bridges, airports and interstate highways. Asked which infrastructure component is most in need of improvement, 23 percent said local roads followed by 11 percent indicating both bridges and the electrical power grid. In order to finance infrastructure improvements, CEO’s most strongly support: pursuing federal funding (82 percent), using public/private partnerships (77 percent), and fully privatizing development in some cases (51 percent).

CEO’s name Technology (67 percent), Medical (61 percent), Biotechnology (45 percent) and both Tourism and Green energy (43 percent) as the industry sectors that will have the most positive impact in Long Island.

“While there are challenges to face and needs to address, over half of CEO’s say that Long Island is an area where businesses can succeed and nearly half, 46 percent, say, after considering all the issues in the survey, ‘if they had it all to do all over again, they would locate their business here in New York.’ Both sentiments are far stronger than the quarter of Upstate CEO’s that have told us that they are satisfied here in New York,” Levy says.

Lazio & Paladino: Too Close To Call